Bishop T. D. Jakes is a charismatic leader, visionary, provocative thinker, and entrepreneur who serves as senior pastor of The Potter's House, a global humanitarian organization and 30,000-member church located in Dallas. Named "America's Best Preacher" by Time Magazine, Jakes' voice reverberates from the world's most prominent stages. Through his nexus of charitable works, T.D. Jakes is known for extending a hand of help to the needy, heart of compassion to the hurting, and message of inspiration to the disenfranchised. Beyond the pulpit, Jakes ranks among the 25 Most Influential African Americans, Britain's 100 Most Influential Black People, EBONY's Power100 and is the recent winner of McDonald's prestigious 365 Black Award for his humanitarian efforts. His worldwide impact is felt through an empire that spans film, television, radio, best-selling books, and conference series. Bishop Jakes made his presence felt in Hollywood with the release of "Jumping the Broom", an award winning romantic comedy that debuted as the #1 comedy and grossed nearly seven times its budget in 2011. Rounding out a prodigious year, Jakes also released "On the Seventh Day", the first sequel in the "Woman Thou Art Loosed" franchise which ranked as the number one independent film opening weekend, out-performing the competition on a per screen average. The much anticipated remake of "SPARKLE", featuring Jordin Sparks and the late Whitney Houston opened in the top five in 2012 with the highest per screen average and viewer rating. Celebrating more than 30 years of marriage, Thomas Dexter and Serita Jakes are parents to five children and three grandchildren. He credits his own parents as the source of his perseverance and sense of self-reliance. After more than 35 years in ministry, Jakes continues to be a leading voice of innovation, inspiration, and influence in Christendom today.   Website : http://www.tdjakes.org/  & http://www.thepottershouse.org/ Store : https://store.tdjakes.org/ Donation : https://www.1800bishop2.org/v2/donation/ 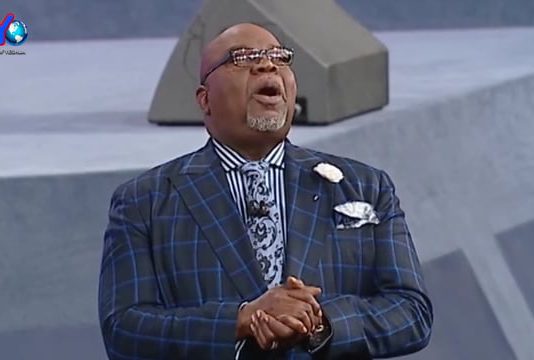 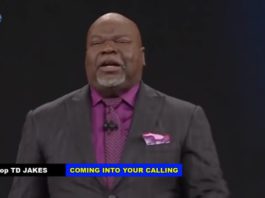 Coming Into Your Calling 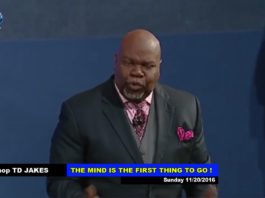 The Mind Is The first Thing To Go 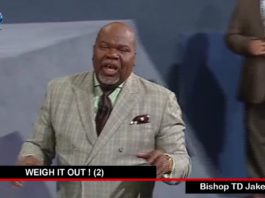 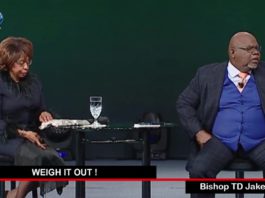 Bishop TD Jakes, Weigh It Out

What To Do When It Stops Working

THE DANGER OF LAW EXPECTATIONS

Brought By A Thought

Ripped For A Reason

The Battle is Not yours

A Bushel To a Bag